This apple pie with cream is the best apple pie ever. We say - and say many, many of our readers. The recipe for the delicious apple pie with pudding has been one of the most popular on the German blog for years. No wonder: The combination of crumbly base, fruity and refreshing filling, and creamy topping makes the apple-cream tart a truly ingenious treat 🙂 !

In 2014, the apple tart with cream among 52 apple pie recipes was voted among the top 5 by hundreds of readers. A 30-strong jury then also rated it in the taste test as - quote - "ingenious", "great", "absolutely wow", "totally cool". I can only agree with that! The special thing about this apple pie recipe is the different layers and consistencies. From crispy to crunchy to soft. An only slightly sweet kneadable dough is followed by an absolutely great apple pudding filling, for which I like to steam the apples a little bit.

The icing on the cake is the layer of also only slightly sweet whipped cream with lots of cinnamon sugar on top. I usually bake the apple-cinnamon tart in a small 20-centimeter springform pan, as it gets really high in it. Alternatively, I have also noted down the amounts of ingredients for the normal 26 cm form in the recipe.

The great thing about this apple pudding tart: It is suitable for many occasions. It tastes just as good to children as it does to adults. In addition, the apple-cinnamon tart with cream also looks more refreshing in summer than too rich. It is just the right thing for a festive coffee drink as well as for a casual coffee klatch with friends.

The best are the different layers of the apple-cream tart

Actually, nothing can go wrong with the preparation of the apple tart. You just have to allow enough time for the apple-cream tart to be ready, so it's best to make it the day before. The base is a normal shortcrust pastry, which is pre-baked for a short time. The filling consists of an apple pudding mass.

I always steam the fruit pieces a little bit, because otherwise, they are too firm for me. Instead of the vanilla pudding powder, you can, of course, use cornstarch and bourbon vanilla. Overnight the whole thing is put in the fridge. The next day the apple tart is spread with a cream topping.

I can only recommend from the bottom of my heart to bake this "very best" apple-cream tart once again. So far it has enthused everybody 😉 ! Alternatively, the apple crumbles cake, grandma's covered apple cake or healthy vegan apple cake without sugar are also delicious! 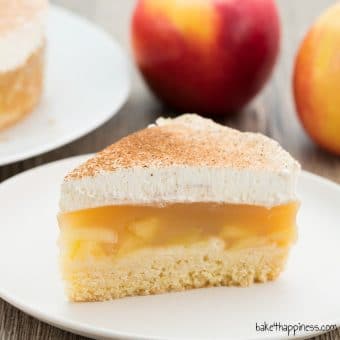 It's like a little miracle to me every time. Seemingly simple ingredients are made into something that can brighten up your life. Butter, sugar, eggs, and flour melt into an airy biscuit, a fine tart, a juicy cake, or a crispy biscuit. Baking simply makes you happy. Welcome and enjoy our blog!

What is cream stiffener? What brand is it?

I believe this does not exist in the USA. The brand is Dr. Oetker, and here is an example. Basically it is a mixture of dextrose and a binding agent like locust bean gum, and makes sure that whipped cream is stiff longer. You can theoretically also omit it if you chill the baked goods well. You can also make it yourself: take powdered sugar and starch, in a ratio of 1:1 (1 teaspoon per 250 ml cream). If you then use cooled cream and if possible also a cooled bowl and a cooled mixer, nothing can go wrong.

I live in Canada, so I will look for it here.If I cannot find it, then your instructions will help. I really want to try this recipe. Thank you. 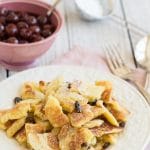 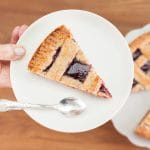 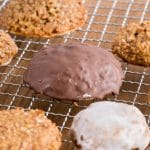 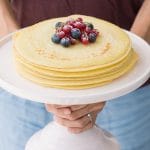