A toast to all classics: The traditional Bundt Cake is called Gugelhupf in the German-speaking areas. And this is what this post is about: The conventional Gugelhupf made from yeast dough is wonderfully fluffy, buttery and fluffy. Even if it is neither an unusual nor a hip cake, every baking household 😉 should have a classic, simple basic recipe for Gugelhupf. I'll tell you mine in this post.

Before we get into the classic Gugelhupf cake recipe, a brief explanation of the terminology. At least we talk about one of the most famous recipes in a German baking household. Over here, everyone understands "Gugelhupf" to mean something different: Some only mean the shape of the pastry, which is baked in a tall bowl cake or wreath cake form. It then contains a marble cake, sometimes an egg liqueur cake. The others have a narrower definition.

And indeed, the original cake is made with yeast and does not consist of a sponge cake. Grandma's Gugelhupf still tastes lovely today. It consists of a comparatively lavish, in my case stirred yeast dough, and is not too sweet. The thick layer of powdered sugar is all the more critical as decoration. Those who don't know the classic can perhaps imagine it best as a mixture of regular yeast plait and French brioche. The preparation is really not difficult - despite the dough, which is sometimes considered complicated. If you still need inspiration, take a look at our Gugelhupf overview page for more delicious recipes.

As already mentioned, my Gugelhupf recipe is prepared with yeast dough, which is stirred instead of kneaded. Of course, it has to go correctly before baking - not in the bowl, but directly in the mold from the very beginning. Butter them beforehand and sprinkle them with almond flakes.

To make the Gugelhupf juicy, fluffy, and light, I like to use double-grip flour type 550. Basically, however, it also works with standard white flour or light spelled flour. We prefer to eat the Gugelhupf with raisins. If you can't stand them, simply leave them out or replace them with other dried fruits, cranberries, chopped apricots or cherries.

By the way, you should eat yeast-Gugelhupf fresh, unlike the variants made from sponge cake. Or freeze it - it works wonderfully. But in most cases, there's hardly anything left anyway... 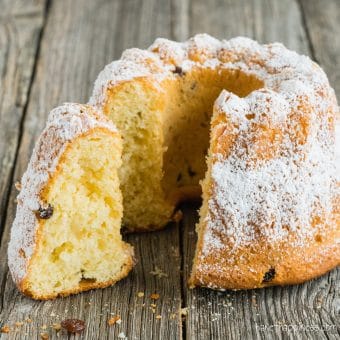 The recipe is sufficient for one large or two small baking tins.

It's like a little miracle to me every time. Seemingly simple ingredients are made into something that can brighten up your life. Butter, sugar, eggs, and flour melt into an airy biscuit, a fine tart, a juicy cake, or a crispy biscuit. Baking simply makes you happy. Welcome and enjoy our blog!

Loved making this cake in Mum's traditional tin, however I think it was a little dry and not as good as I remember Mum's to be. Any ideas what I may have done wrong or how to make it more moist?

Dear Ernestine
sorry to hear that - usually it gets moister if you reduce the baking time, or you use 1-2 additional spoons of butter.
Best
Jan 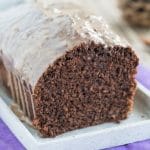 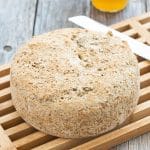 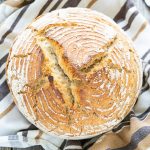 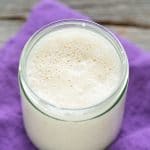 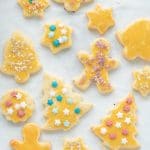