Easy German cinnamon stars recipe with almonds - including tips and detailed step by step instructions on how to make the cookies really delicious!

There's a reason German cinnamon stars are among the most popular Christmas cookie varieties around: we love their great flavor, moist texture, and last but not least, their look! With our best cinnamon star recipe, you too can easily recreate the classic.

Maybe you've been afraid to bake Grandma's cinnamon stars yourself. Because they are supposedly so complicated, the dough always sticks, the result is too hard. Not true at all!

In this post, I'll tell you the best tips on how to make cinnamon stars soft - and the baking process relaxed. For this, I have tested a wide variety of ingredient mixes and preparation methods. The result is more than convincing: The cookies are heavenly soul food for the pre-Christmas season!

There are cinnamon star recipes in which the sugared egg whites for the dough and icing are made together. Has the advantage that you have less work. But it is ultimately impractical because the dough for the stars should soak for a few hours.

For my test, I sometimes baked with high temperatures, sometimes with very low. I applied the glaze both before cutting and after.

The dough for the traditional German cinnamon stars should be well chilled before rolling out, preferably overnight. The ingredient ratio must be just right.

If the dough is too sticky in itself, you should chill it even longer and/or knead in more almonds. The cinnamon stars stick to the mold? Dip the cookie cutter briefly in water or powdered sugar each time. The cinnamon star dough sticks to the bottom? Then sprinkle more almonds on the work surface or roll out the dough between a cut open freezer bag.

If your dough is rather crumbly, either the ingredients weren't kneaded well enough, the dough didn't rise properly, or the amount of egg whites was too low.

I advise baking the cinnamon stars at about 100 degrees, preferably in a convection stove. This way, you can bake two baking sheets at once, and the consistency will be perfect. But a regular oven is just as fine for one baking sheet at a time. 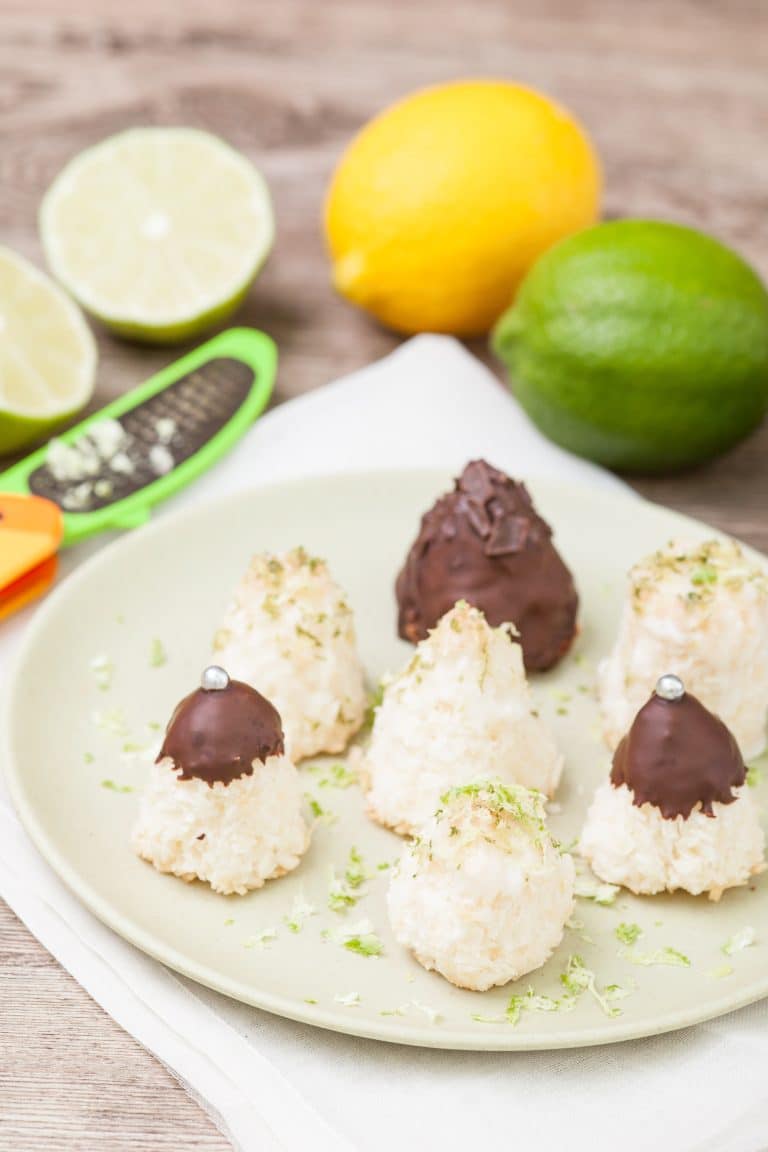 Good coconut macaroons have to be moist! This basic recipe can be wonderfully varied - for example, with lemon icing or chocolate topping.

Cinnamon stars become soft by drying them at a very low temperature rather than baking them - and taking them out while they are still white. When the temperature is too high or the cookies are in the oven too long, the Christmas cookies will become too hard or too brown. On the other hand, if you like crispy stars, you should even choose about 175 degrees.

The best way to coat the German Zimtsterne is to use a small pastry brush. I like to use the short side because it allows you to more accurately dispense the icing. I don't recommend spreading the beaten egg whites all over the dough before cutting.

Granted: Brushing with the beaten egg whites is a bit of work. But it is worth it! This recipe will give you delicious, soft cinnamon stars. 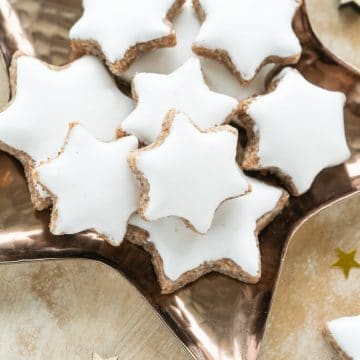 And if you're looking for alternatives, try making some of my other cookie classics: easy cut-out Christmas cookies, three-ingredient-biscuits or traditional German gingerbread Elisenlebkuchen from Nuremberg.