Snickerdoodles are ingenious US cinnamon sugar cookies. Deliciously soft on the inside, crispy on the outside!

These quick snickerdoodles from the US delight young and old: They are wonderfully soft cookies with a crunchy cinnamon-sugar crust.

If you don't know Snickerdoodles yet, you should change that as soon as possible: The soft US cinnamon cookies are incredibly delicious, even if they look unspectacular from the outside. You can expect a soft, tender interior and a deliciously crispy, thin cinnamon sugar coating.

Basically, snickerdoodles resemble German cut-out cookies. However, these cinnamon-sugar cookies are not explicitly Christmas cookies; they taste great all year round. And they're baked a little differently than our classics. Like my moist lemon cookies, you just shape the dough into little balls extending in the oven. Unlike traditional American sugar cookies, snickerdoodles are rolled in cinnamon and sugar before baking. This results not only in a wonderful aroma but also in an extraordinary surface texture.

You can also find some German snickerdoodle recipes on the Internet, but to a large extent, they are missing something. For an original snickerdoodle recipe, you need cream of tartar. The acid from it reacts with the baking soda in the dough. So similar to muffins, which also contain a sour milk product in combination with baking soda. The dough rises really nicely and gets the perfect snickerdoodle cinnamon cookie consistency!

Problem: While you can buy creme of tartar in small bags everywhere in the US, this is much more difficult in Germany and mainly possible over the Internet. Therefore, I have minimally modified the snickerdoodle cookies recipe: As a substitute for cream of tartar, i.e. leavening agent, tartar baking powder is added to the dough. And you can get that in almost every supermarket.

How to make the Snickerdoodles

Let's start: Beat the soft butter with the two sugars for a few minutes until very creamy, then add the egg. After this, mix the dry ingredients, add them as well and mix everything just briefly until a smooth dough is formed. It's time to divide the dough into about 15 portions and roll them into balls. Cover the balls (e.g. in a large Tupperware container) and place them in the refrigerator for about 1 hour. This way, they will melt less when baking. 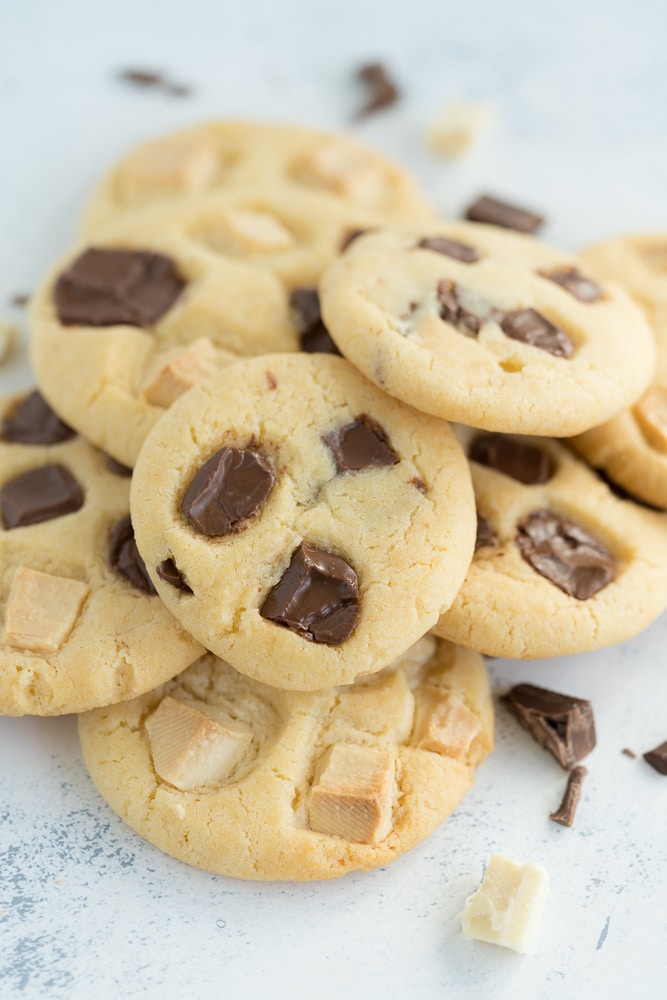 After the cooling time, preheat the oven to 340°F/170°C. Mix sugar and cinnamon in a small bowl and roll the balls entirely in it. Then, spread balls with plenty of space between them on 2 baking sheets with baking paper, flatten only very slightly and bake for about 10-12 minutes. Note: The cookies will still look light and almost raw but will firm up later and should definitely not dry. Allow snickerdoodles to cool on the baking sheet first, then carefully loosen them.

The result is very soft or rather crispy, depending on how long you leave the cinnamon cookies in the oven. But the former is by far the better alternative 😉 ! 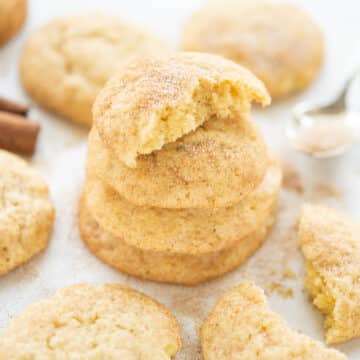 Because the US cinnamon sugar cookies with the funny name are so quick and easy to make, they're perfect for baking with kids. Just to be on the safe side, make a big batch. I guarantee: Snickerdoodle cookies will be snacked on in no time! Like also my shortbread cookies with cheese or chocolate chip cookies. 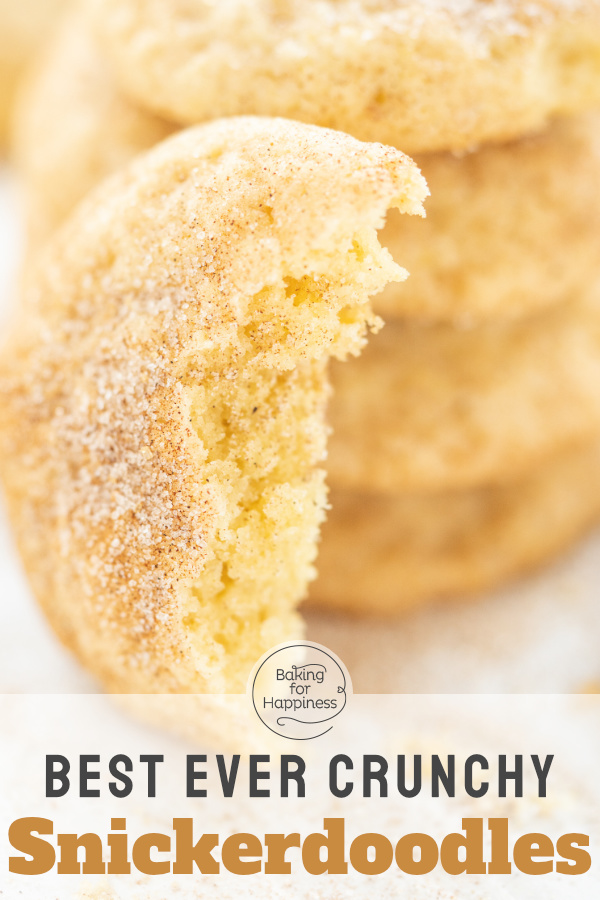